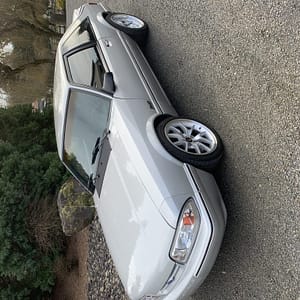 1990 Ford Mustang LX 5.0 for sale. This is a 25th edition Mustang and came with the badge on the interior dash. This has been a fun vehicle from the beginning. Spent most of its life in California, some years in a garage in Colorado (never driven in snow and absolutely no rust) and the rest of its time in the Pacific Northwest. From the pictures you can see how much time has been put into this vehicle. This was upgraded some to bring some of the new comforts into this vehicle. Here are some of the upgrades and details:

Dakota Digital VHX LED upgraded gauge cluster which is awesome and can provide you many upgrades with gauges and tracking (check out their website at www.dakotadigital.com

Motor is solid with a few upgrades to bring it to life. Originally, the vehicle came with the AOD automatic transmission but as you can see from the pictures, the transmission is upgraded to the Tremec TKO600 5 speed (which alone cost over $2,300.) Shifts incredibly smooth and holds tight. Clutch was upgraded as well.

The radiator is upgraded aluminum three row with great cooling.

Interior is awesome with Corbeau seats front and rear

Center console has also been upgraded since no Fox Body Mustang came with cup holders. This cup holder system was added from Late Model Restoration along with USB ports for charging smartphones.

All sheetmetal is original. There are very few defects in the paint which is normal but minimal. The door and small fender moldings were not installed but are new and were painted to match and will be included in the sale of the vehicle if you so choose to install (I like the looks of the Mustang without them)

UPR billet aluminum parts were added to interior and exterior to improve function and looks.

This Mustang has it all. Not all updates and restoration has been listed but you can tell it is in immaculate condition.